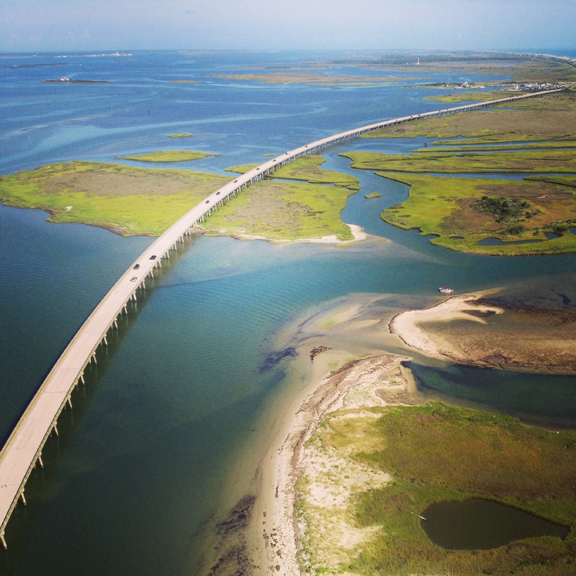 One of the first few thoughts that come to mind when you think of the Outer Banks includes Roanoke Islands Lost Colony. Chances are if you have ever visited Manteo or the OBX in general, then you have seen the outdoor drama The Lost Colony produced by the Roanoke Island Historical Association. This is a non-profit association created to help celebrate the history of the first English colonies on Roanoke Island, North Carolina. The play is was generated to honor the founders of The Lost Colony through drama, education, and literature.

For those of you that don’t know the story about the disappearance of The Lost Colony, let’s bring you back to the 16th-century. In July of 1587, 117 English men, women, and children came ashore on Roanoke Island with a commission from Elizabeth I to establish a permanent English settlement in the New World. An Englishmen named John White helped lead the settlers to Roanoke Island, which is located inside the chain of barrier islands that is today called the Outer Banks. It was Sir Walter Raleigh’s second attempt to colonize North Carolina, but the first to include civilians and families. White’s granddaughter, Virginia Dare was the first child born in the New World to English parents just weeks after their arrival. A resupply trip sent White back to England that same year. A naval war with Spain delayed his return. Three years later in 1590, when English ships returned to bring back supplies, the settlers had vanished. The only clue left behind was the word “Croatoan” carved into a fence post, and the letters “CRO” on a tree. Many believe these referred to what is now Hatteras Island, 50 miles south of their settlement.

On and off for the past three years, Nicholas M. Luccketti and his archaeology team have been working along the coast of the Albemarle Sound trying to uncover more clues on this mystery. Mr. Luccketti and colleagues with the First Colony Foundation have been digging up parts of the shores and hillsides of the Albemarle Sound hoping to find traces of the colonists. The dig site where they have been working is located in a secluded cove off of a creek in Merry Hill N.C., they call the spot Site X. The archaeologists have not found evidence of structures there, but have found ceramics and other material of European origin that might have come from Roanoke colonists. In an article posted by The New York Times Luccketti says “I’m trying to make sure that I say this correctly. We have evidence from this site that strongly indicates that there were Roanoke colonists here.”

New findings means more questions and more excitement. Some scholars who have seen the evidence are supportive of the findings, but at least one sees the evidence as not enough to draw solid conclusions. All agree more digging is needed in order to determine the findings at Site X. The latest findings include fragments of earthenware and pottery, a mashed metal rivet, and a piece of a hand-wrought nail. All were found in a shallow pit on a hillside above the Albemarle Sound.

In 2012 was when the most alluring clue was brought to attention by the British Museum when they re-examined one of White’s coastal maps for the First Colony Foundation. X-ray spectroscopy and other imaging techniques revealed that a patch hid a four-pointed blur and red star on the western end of Albemarle Sound.  That certain spot, near the outlets of the Chowan River and Salmon Creek, more or less corresponded to White’s reference to a site 50 miles inland, Croatoan (now Hatteras Island). Eric Klingelhofer, a vice president for research at the foundation and a history professor at Mercer University in Macon, GA says “We need to know more. This whole story is a blank page, a blank chapter of history, and I think archaeology is the only way to come up with answers.”

If you would like to read more about the new findings of the Roanoke Island Colony check out this article the New York Times posted.