A new land mass known by the name of Shelly Island began forming first as a sandbank around April 2017. The island is located off of the tip of Cape Point in Buxton, North Carolina. The crescent shaped island measures one mile long and more than 500 ft. wide. Although all parts of the island are constantly changing. The amount of sand that moves past the Outer Banks may be the largest in the world. The OBX is known for rapidly shifting sands, thanks to high-energy wind and waves. Small landmasses frequently appear and vanish in this area, but Shelly Island is notable for its size and speed with which it was formed. It’s not out of the ordinary for patches of ground to appear and then suddenly ease off. This is caused from the mixing of the cold water of the Labrador Current crashing into the warm Gulf Stream waters. This area of water is also known as the Graveyard of the Atlantic due its shallow region of harsh winds, hidden sandbanks and swirling tides. 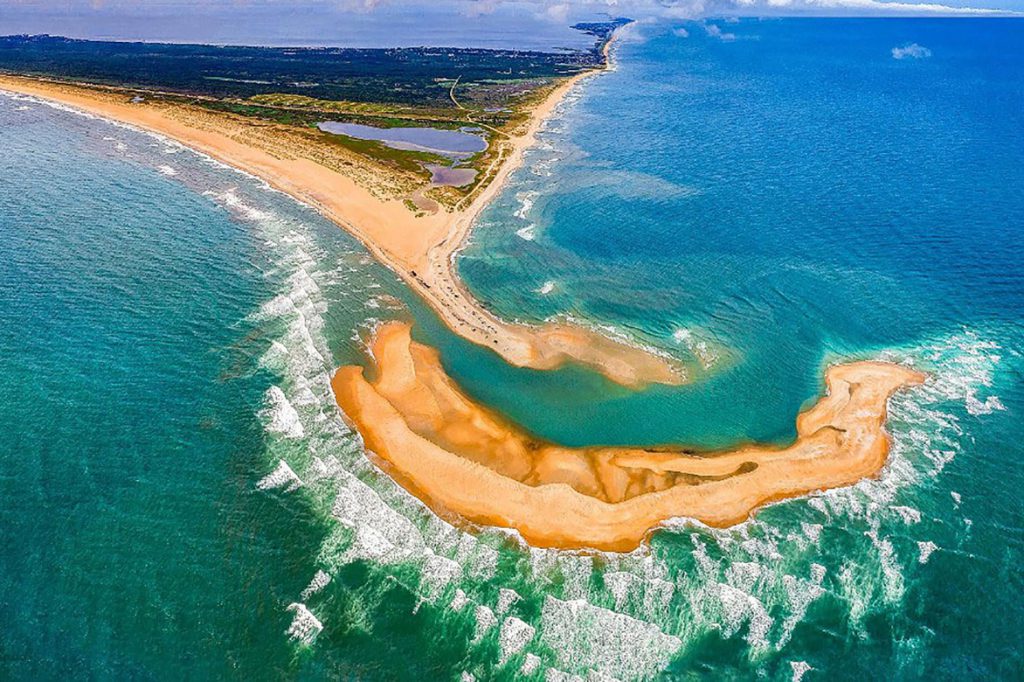 It was nicknamed Shelly Island by locals because of the vast quantities of shells that are found on the shore. The discovery of the new island is drumming up a great deal of attention, but experts warn that it’s surrounded by dangerous currents. National Park Service officials have issued warnings about trying to swim or walk across the channel. There has been reports of sand tiger sharks and oceanic manta rays that were brought into the channel by the fast moving waters that separate the island from the rest of the Cape Hatteras National Seashore. 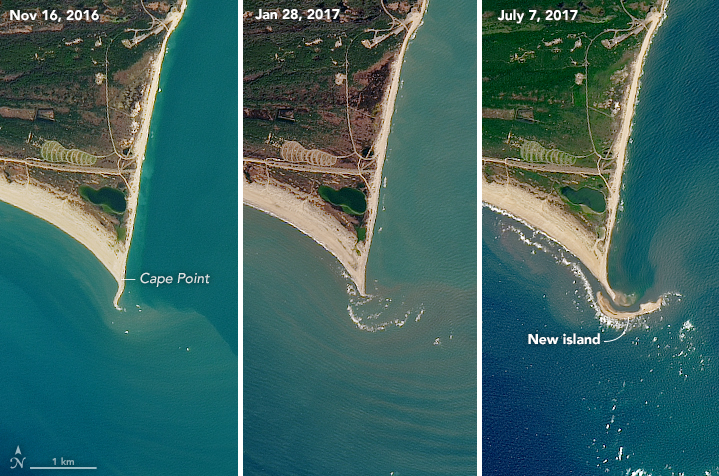 Shelly Island could be gone with the next storm, or could get bigger for a while longer, but only be for a short period of time. Stanley Riggs, a retired geology professor and author who has written books about North Carolina’s coast says “Nothing here becomes a fixture. Nothing is the same from one hour to the next. There’s no such thing as normal.” The next hurricane that comes along could blow the island back into the Atlantic as quickly as it appeared.