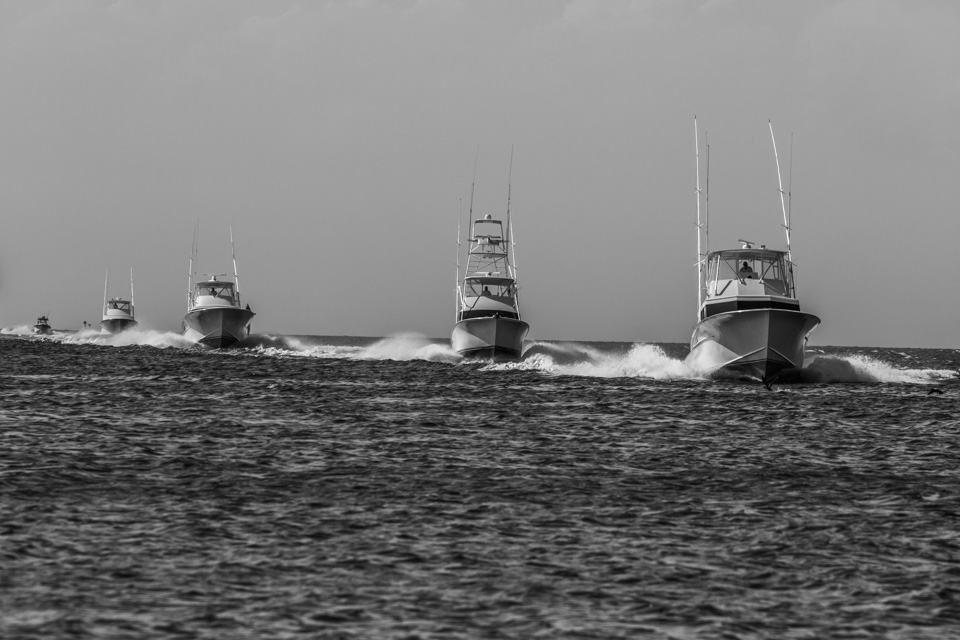 The 24th anniversary of the popular Hatteras Village Offshore Open is once again the Kick-Off Tournament in the prestigious North Carolina Governor’s Cup Series. The event was inspired and organized by the Hatteras Charter fleet.

Each year the Hatteras Village Civic Association hosts participants from all over the east coast in the quest for Hatteras’ big blue marlin. The rules are very simple. The Island is very welcoming. And the fish are out there. This is your chance to make a difference.

Entry forms and fees can be mailed ahead of time. On site registration starts at 5 p.m. on May15 at the Hatteras Village Civic Center. All boats fishing the tournament must be registered by 8 p.m. on May15.

Fishing days are any three out of the four days from Wednesday, May 16 through Saturday, May 19, 2018. The non-fishing day must be reported to one of the official reporting stations listed below prior to 8 a.m. of the day declared a non-fishing day.

All marlin released must be reported on a release form the same day as the fish is released. Release forms must be turned in at the Official Weigh Station at Hatteras Harbor Marina by 6:30 p.m. each day except for the last day when they must be in by 6 p.m.

Lay Day forms must be turned in to and of these marinas by 8 a.m. of the day declared a non-fishing day. Lay Day forms will not be accepted at the Civic Center.