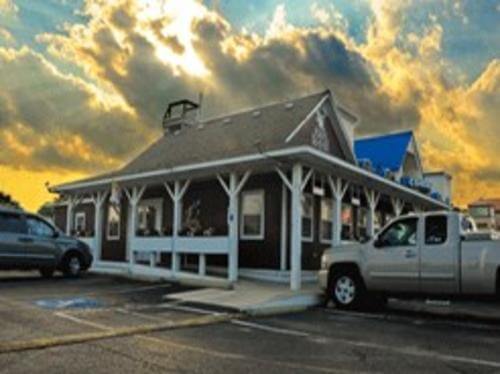 Pigman’s Bar-B-Que was created by Bill Shaver in late 1985 as a way to expand his seasonal country ham shop. Nicknamed, “The Pigman,” (after his adoration for his pet pig, Piggy Lou), Bill created a legacy with his exotic pets and tasty barbeque.

It all started with him messing around with BBQ recipes and serving up lunches to patrons of the ham shop. His recipes eventually got pretty good and attracted people from all over to have a taste of The Pigman’s new creation.

Not only was Bill a great cook, but even better marketer, he decided to start a new restaurant called Pigman’s Bar-B-Que and in 1991, Shaver built a new place at a prominent location right in the heart of Kill Devil Hills. The wood framed building was designed to be reminiscent of a country farm house, and Bill kept a variety of his pets outside, including two potbelly pigs, to attract and entertain visitors and children. Although the animals are no longer present, the décor and atmosphere inside is still that of a country house with fine woods and southern flavor.